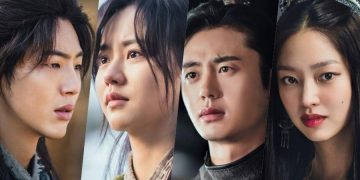 The cast of “River Where The Moon Rises” decided to film again without receiving salary!

On March 5, Ji Soo officially left “River Where The Moon Rises” after recent accusations of school bullying and Na In Woo replaced Ji Soo as On Dal. More than 95% of filming was done before Ji Soo left it. And now the crew had to remove most of the episodes filmed in the presence of Ji Soo to start filming again from episode 7.

According to Star News and Herald Pop, the cast including Lee Ji Hoon, Wang Bit Na, Choi Yu Hwa, Ki Eun Se, Yoon Joo Man, Ryoo Ui Hyun, and Kim Hee Jung decided to tell the producer that they not receive payment for the re-filming. The production expressed their gratitude to the cast’s help.

Na In Woo first appeared on the show as On Dal in episode 7, which aired on March 8.