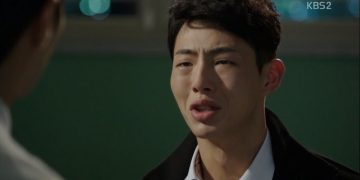 The scandal involving actor Ji Soo has not really stopped after he was removed from the movie “River Where the Moon Rises”.

Recently on an online community, an employee of the film crew “River Where the Moon Rises” revealed actor Ji Soo’s rude actions on set.
The comment said, “From working with Ji Soo on the filming set for three months, it’s true that he is a scumbag. He doesn’t greet anyone when he sees them. He smokes, spits, and throws away the cigarettes anywhere he wants He also treats his manager like his personal servant. He says, ‘Bring me cigarettes, bring me water’ and treats them really poorly. He’s not a decent human being. ” 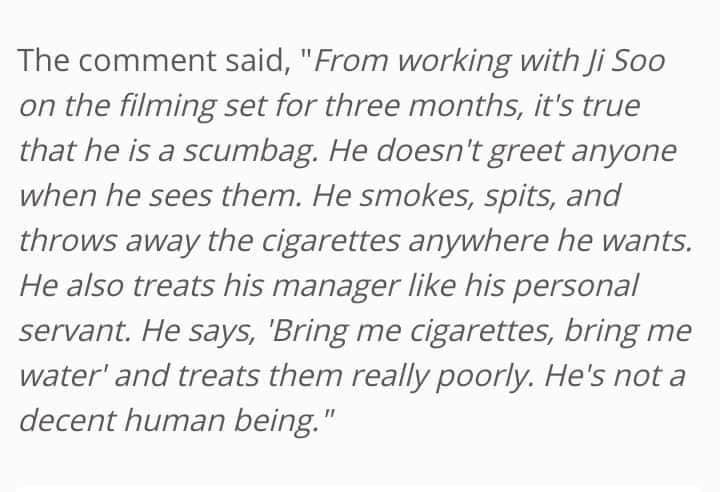 Soon after, many netizens left the following reactions:
“makes me think what kind of person his friends are if they still hang with him”

“Another one bites the dust. Bye Ji soo. Not gonna miss you. I can’t even fathom how some of these people do such awful things when they were younger and not expect it to catch up to them especially when they are celebrities in the public eye. ”

“Wow that’s crazy. If this is true, I wonder how he acted during Moon Lovers: Scarlet Heart Ryeo. There were so many senior actors so I wonder if he was different”