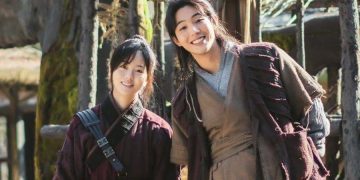 The movie ‘River Where the Moon Rises’ was forced to pause after lead actor Ji Soo admitted the bullying allegations.
However, until this morning March 6, Producer announced ‘River Where The Moon Rises’ will start coming back from episode 9 and cut Ji Soo as much as possible.

KBS stated in an official press release on March 5th, “We apologize for causing concern to viewers due to the controversy over the school violence involving actor Ji Soo. We also offer sincere condolences to the victims.”

The Producer continued to state, “We will cancel this weekend’s rerun. We will also edit out Ji Soo from episodes 7 and 8 as much as possible and will begin re-filming episode 9 with the new actor.”

Producer said, “We recognize the seriousness of the incident and considered all measures, including the cancellation of the drama, but we had to consider the viewers who showed love and support for the drama would be left with an incomplete drama despite the numerous staff, actors, and production companies who will be affected.”