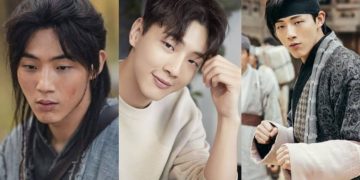 Actor Ji Soo is the main lead of KBS drama “River Where the Moon Rises” but due to his recent bullying scandal and posting a statement of apology on his Instagram about confirming that he really did the bully and he sexually assaulted someone in the past, is the reason why the drama filming was cancelled today , March 4 .

One representative of the drama also mentioned that they were actually discussing to replace Actor Ji Soo. After the actor admitted the bullying scandal, more than 5,5000 netizens signed a petition to replace and remove him from the drama .

Actor Ji Soo is playing the role of On Dal in “River Where the Moon Rises” , the drama consists of 20 episode and it has already aired 6 episodes.

But according to YTN exclusive report the drama filming is planned to resume on March 5 and it is not yet confirmed if they will replace or remove Actor Ji Soo from the drama.