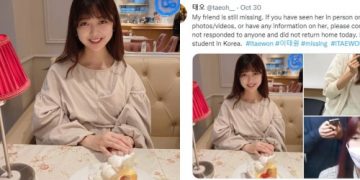 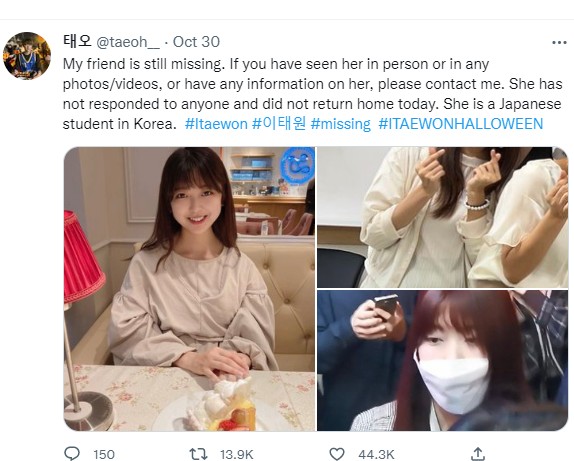 “My friend is still missing. If you have seen her in person or in any photos/videos, or have any information on her, please contact me. She has not responded to anyone and did not return home today. She is a Japanese student in Korea.”

However, despite all the search efforts from her friends as well as tens of thousands of netizens, the information that she has officially passed away has also been confirmed: 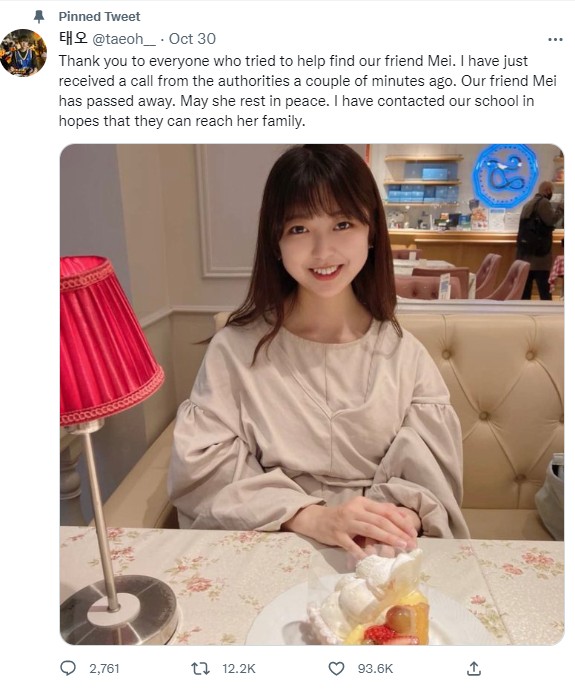 “Thank you to everyone who tried to help find our friend Mei. I have just received a call from the authorities a couple of minutes ago. Our friend Mei has passed away. May she rest in peace. I have contacted our school in hopes that they can reach her family.”

May she and the victims rest in peace!