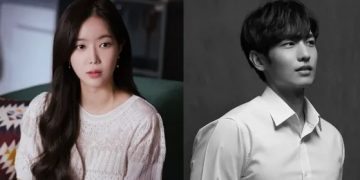 Im Soo Hyang and ‘Kkokdu’s Gye Jeol’ crew stopped filming because actor Lee Ji Han passed away in the tragedy Itaewon, 10 episodes filmed with his appearance can still be kept!

Before his death from a stampede in Itaewon, actor Lee Ji Han was filming MBC’s “Kkokdu’s Gye Jeol”. The crew has not yet discussed the replacement of actors.

The scenes of Lee Ji Han in the movie have not been completed. However, the crew has not yet decided on the replacement of the actor. The production team attended Lee Ji Han’s funeral on November 1.

“We extend our deepest condolences to Lee Ji Han’s friends and family during this traumatic time. May he rest in peace,” said the film crew.

Kkokdu’s Gye Jeol is a fantasy romantic drama about a god of death named Kkokdu (Kim Jung Hyun). His mission is to come down to Earth once every 99 years to punish humanity. Here, Kkokdu meets Han Gye Jeol – a doctor with mysterious abilities.

On the night of October 29, at least 154 people died, along with many others were injured – after being trampled at a Halloween festival in Seoul’s Itaewon neighborhood. The Korean government has designated a period of national mourning until November 5. All entertainment activities, TV shows, product launch plans… are postponed by this country’s artists.

Lee Ji Han was born in 1998, once appeared in Mnet’s survival show Produce 101 season 2 aired in 2017. After that, he switched to acting and appeared in a number of web dramas. Before his death, he was filming MBC’s Kkokdu’s Gye Jeol.