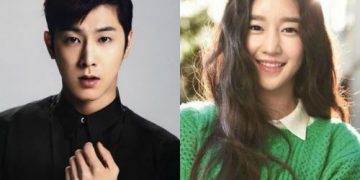 Seo Ye Ji is currently an actress that has received a lot of love from many audiences because of her perfect chemistry with Kim Soo Hyun in the movie "It's Okay to Not Be Okay".

Seo Ye Ji started her step in the entertainment industry in 2013. The reason why the beauty got into showbiz so late is because she herself did not like the industry at first. Initially, Seo Ye Ji wanted to become a female announcer.

Since entering the entertainment industry, Seo Ye Ji has competed in many different roles. Although her acting talent is recognized, she probably lacks a bit of luck to become a star. Only when working with Kim Soo Hyun in “It’s Okay to Not Be Okay” can she truly get success in acting.

Having entered the entertainment industry not long ago, but many times, Seo Ye Ji is entangled in dating controversy. Typically, rumors about dating the handsome man Yunho – a member of DBSK. In October 2014, Sports Seoul newspaper reported that Seo Ye Ji was dating Yunho. Both were charmed when participating in the movie The Night Watchman’s Journal.

In the process, the two fell in love. The source also said that Yun Ho and Seo Ye Ji went out together at times without a schedule. Immediately after the news was posted, the actress representative quickly denied and affirmed: “She said that Yunho is just a close brother who cared about her while working together in the drama. The two of them are not dating. ” The SM side of Yunho’s agency also denied and said, “They are just co-workers in the same movie”.

Speaking of Seo Ye Ji, in addition to her diverse acting, she is also famous for possessing a seductive body with perfect curves. With a height of nearly 1.70m and a slim body, few people think Seo Ye Ji owns a blooming and charismatic bust. Knowing her own advantages, Seo Ye Ji often wears outfits to help her flaunt the sexy look of her breasts.