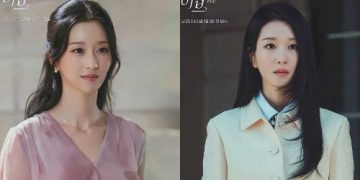 Just a few days before its scheduled premiere, tvN has announced that it will be postponing its upcoming drama “Eve” by one week.

“Eve” is a new romance-revenge drama about a chaebol’s 2 trillion won (approximately $1.7 billion) divorce lawsuit that shocks the entire nation. Unbeknownst to the public, the lawsuit is the result of a carefully calculated revenge scheme 13 years in the making. In addition to marking Seo Ye Ji’s return to the small screen, the drama will also star Lee Sang Yeob, Park Byung Eun, and Yoo Sun.

On May 20, the producers of “Eve” officially announced that the drama would be premiering on June 1 instead of May 25, as originally scheduled.

“Although [‘Eve’] is a pre-produced drama, due to various factors such as COVID-19, filming was delayed a lot,” they explained. “We’re still in the midst of filming, and due to our tight schedule for things like post-production, we wound up postponing our first broadcast by a week.”

The drama’s producers also announced that they had cancelled the press conference for “Eve” due to their tight filming schedule—and added that the decision was not related to Seo Ye Ji’s past controversy, as some have speculated.