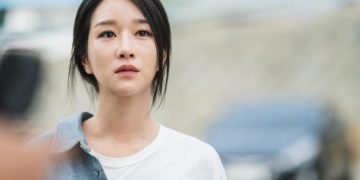 Actress Seo Ye Ji was sued for damages by an advertiser for the damages caused by her controversy.

On May 27, the Busan Ilbo reported that the actress was fighting a legal battle with a company where Seo Ye Ji was an advertising model last year. According to the media, the company and Seo Ye Ji’s agency, Gold Medalist, have not been able to reach an agreement on damages since last year, but ultimately decided to seek a court decision.

Seo Ye Ji’s legal representative has maintained the principle that the various allegations she received last year were not true, that there was no reason to cancel the contract, and that they had no obligation to pay damages.

On the other hand, the advertising company stated, “If the rumors were not true then the actress should have clearly rebutted the rumors. Ultimately, the actress did not give a clear statement refuting the claims, therefore, the brand image depleted.”

In this regard, Gold Medalist told Maeil Business Star Today on May 27th that “There was a difference of opinion between the advertiser as to the reason for the contract termination and the amount of compensation. We tried to settle the matter amicably with the advertiser, but the litigation is in progress due to the huge difference of opinion.” The agency then added, “With six other advertisers, we ended the contracts amicably after discussing.”

Various controversies surrounding Seo Ye Ji were raised in April last year. Seo Ye Ji was embroiled in suspicions of gaslighting against her then-ex-boyfriend, actress Kim Jung Hyun, in addition to allegedly being a school bully, forging academic documents, and also abusing her power against staff.

Seo Ye Ji admitted that she broke up with Kim Jung Hyun after dating him but denied allegations of gas lining, school violence, and falsification of academic records.

After about a year of self-reflection, Seo Ye Ji, who stopped all her activities, will return to the small screen with the tvN melodrama ‘Eve,’ which will premiere on June 1st.