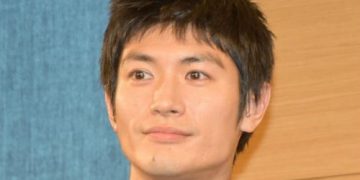 Haruma Miura's management company announced the actor's funeral, adding that he would consider holding a Haruma memorial for fans.

Sina website reported that, on this afternoon (July 20), AMUSE – Haruma Miura’s management company shared a press release and shared that the actor’s funeral was held secretly today. by. So, after just one day Haruma decided to commit suicide at the age of 30, his funeral was held in silence.

According to what AMUSE shared, the company and family members agreed to do a secret funeral for him in his hometown of Tsuchiura (Ibaraki province, Japan). As the COVID-19 disease situation is still complicated, the company is considering whether there is a way to organize Haruma memorial activities for fans.

The actor’s agency emphasized that Haruma has joined the company since he was a junior high school student, and for the past 16 years he has been a hard-working and passionate artist. After receiving the news, the artists and staff were deeply saddened, and the company also expressed confidence that Haruma’s cinematographic works will shine in the hearts of fans. AMUSE has also called on the media not to disturb Haruma’s relatives and family, to stop giving sensational news so the actor can rest in peace.

This announcement of the company makes the public more pity and heartbreaking before the sudden departure of the beautiful man in the land of the rising sun. Sina added that the police conducted an autopsy on the actor, but when reporters asked related questions, the police refused to give specific responses.