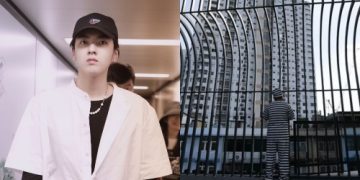 Kris Wu has been doing to 13 years in jail for rape.