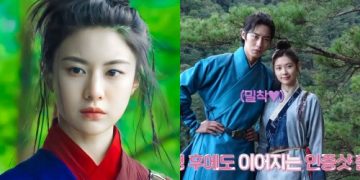 It’s said that Go Yoon Jung will be the female lead in the second season of the drama.

Alchemy Of Souls episode 10 achieved a dizzying increase in Rating.

In the 2nd part,Go Yoon Jung is said to be the female lead, playing the role of Naksu. She appeared in the 1st part but not as the lead. Lee Jaewook, Hwang Minhyun, Yoo Insoo, and Shin Seungho have been confirmed to continue appearing in the new part.