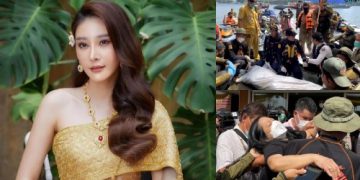 Fans were shocked by the news that authorities had found the body of famous Thai actress Tangmo Nida (The Leaves). 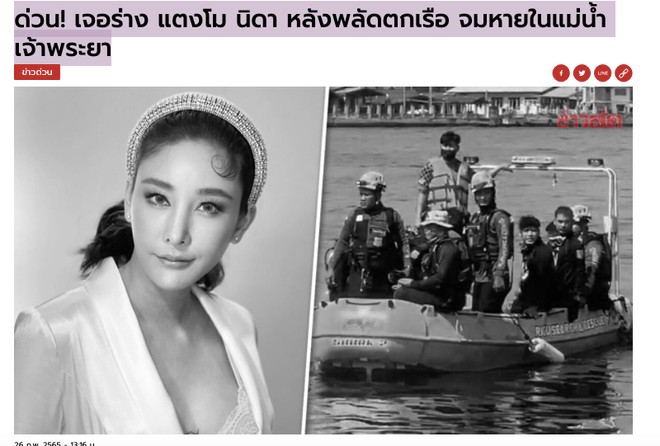 A series of newspapers reported that, after 38 hours of searching, the functional forces finally found the body of The Leaves actress, Tangmo Nida (Tangmo Pattaratida) floating on the Chao Phraya River. She died at the age of 38.

It is known that at 13:00 on February 26, the police found the actress’s body floating in the river, the functional forces were trying to bring her body to the shore. According to Khaosod, Tangmo was wearing the exact same shirt in the last photo before the accident. 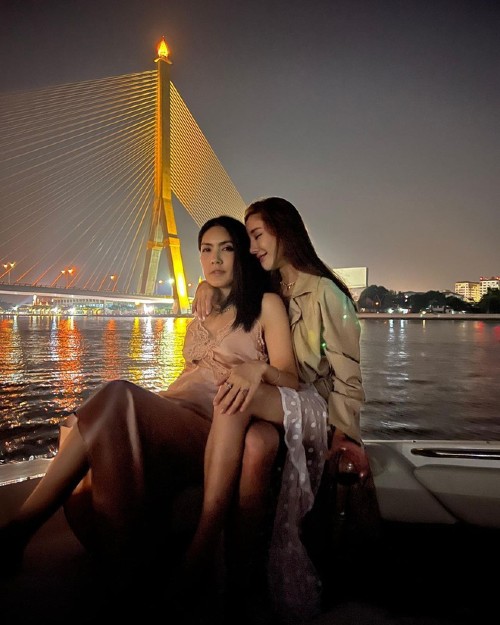 According to information, while on the train, Tangmo’s group of friends drank 3 bottles of alcohol. After that, the actress went down to the stern of the ship to go to the bathroom. Because of the slippery deck, wearing high heels, plus not informing the driver to slow down, Tangmo fell into the river.