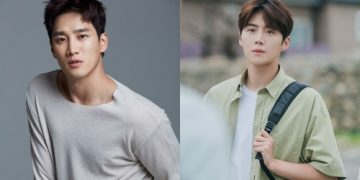 On December 14 KST, Allkpop reported that Ahn Bo Hyun will be joining YoonA in the movie ‘2 O’Clock Date’. News of Ahn Bo Hyun joining the drama attracted attention as he will replace actor Kim Seon Ho, who previously dropped the male lead role due to a controversy involving his ex-girlfriend.

‘2 O’Clock Date’ is a rom-com about 2 neighbours, one who lives on the ground floor and another one, who stays on the floor above. They end up co-incidentally meeting every day and a sweet relationship develops between them.

Ahn Bo Hyun was said to have been cast for the first-floor guy who ends up having feelings for the girl living below his house. YoonA will be playing the character of a girl with an unthinkable secret.