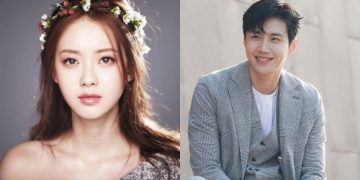 Kim Seon Ho took his first action after the scandal, he confirmed to appear at the first script reading for the movie ‘Sad Tropics’ on December 3.

On November 18, according to a report from Naver, a filmmaker revealed that Kim Seon Ho and Go Ara will attend the first script reading session for the movie ‘Sad Tropics’ on December 3.
Sad Tropics movies is a story about a protagonist who comes from a multicultural family that have a dreams to become a professional boxer. His father is Korean and his mother is Filipino. His father abandons him yet he keep on looking for his father in South Korea. The journey is not easy as he ended up meeting bad guys along the way.

There are two protagonists in Sad Tropics, and Kim Seon-ho has been offered one of the lead roles, where he will play a completely different role from the usual sweet and bubbly characters he has portrayed so far.

Previously, Park Hoon Jung’s director had finally decided to keep Kim Seon Ho in their cast, after his controversy over his ex-girlfriend’s scandal was clarified.