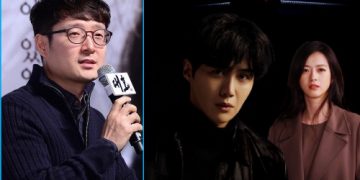 The movie “Sad Tropical” by veteran director Park Hoon Jung is expected to start filming in December.
According to the plan right after the end of the movie “Hometown Cha-Cha-Cha”, actor Kim Seon Ho and the cast will start filming the movie. However, his private life scandal has greatly affected the filming progress of the film.
Kim Seon Ho and Go Ara have been confirmed by director Park Hoon Jung as the two main actors of this movie.
Sad Tropics will be directed by Park Hoon-jung, who produced the films New World and The Witch: Part 1.
‘Sad Tropics’ tells the story of an aspiring boxer with a Korean father and Filipino mother, who comes to Korea to find his long-lost father and runs into trouble along the way.