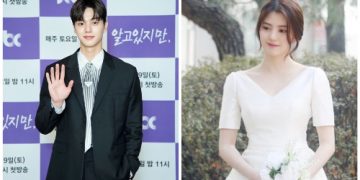 Song Kang and Han So Hee are really the couple that is taking Asia by storm with great chemistry in the drama “Nevertheless”. Therefore, Song Kang and Han So Hee became the couple that fans wanted to become the most real-life couple at the moment.
The chemistry that was built since the beginning of the episode made the audience, nevertheless, really admire the two. Moreover, some scenes are believed to add to the excitement of the story.

Recently there are rumors spreading that one netizen has spotted Han Soo Hee and Song Kang on a blind date. The rumors have been raising that these two celebrities have been dating because of their perfect on-screen chemistry. Since the drama has been released and episodes start airing, the drama production has released the behind scenes footage of dramas. 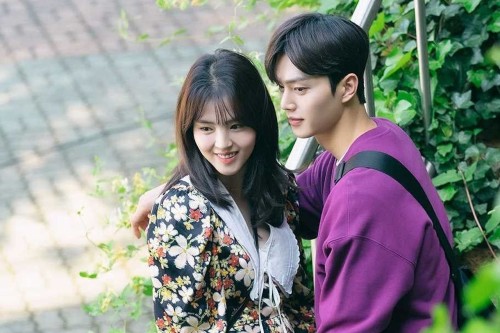 Behind-the-scenes videos of the Nevertheless filming process always attract the attention of the audience. Se, JTBC released a video filming the birthday scene of Yoo Na Bi (Han So Hee) celebrating at her home with Park Jae Eon (Song Kang).

In the video, Song Kang asks how long he has to kiss Yoo Na Bi’s character. The director answered briefly, but when he started filming, Song Kang kissed Han So Hee for more than five seconds.

Netizens who saw the video said Song Kang and Han So Hee had a match. Not even a few suspect that the two are in a romantic relationship.

“As long as I watched the drama, something excites me, but I was more enthusiastic about seeing Song Kang and Han So Hee”, wrote one netizen.

“This is it…they love each other, and the atmosphere is good. Whatever you say, they love acting naturally hahaha. Seriously? They must be dating… I will support you SongKang-HanSoHee”.