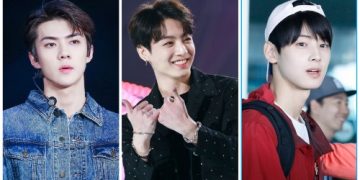 Top 9 Most Handsome Kpop Idols 2012 According To Google Search.

Google is the top search engine globally. The main vocalist of BTS has been the most sought-after K-pop idol on major platforms, including Google, YouTube, Tiktok, Tumblr, and Twitter. Proving his popularity, Jungkook has been the most searched K-Pop idol in Google since 2017. He has recently surpassed 54 billion views on Tiktok, having the hashtag with the most views for an individual.

Who you Google “most handsome kpop idols”.. JUNGKOOK is on top of the searches result .. exactly👍🏼👏🏼

And here is the list of “Most Handsome Kpop Idols 2021 According To Google Search”
1. BTS’s Jungkook