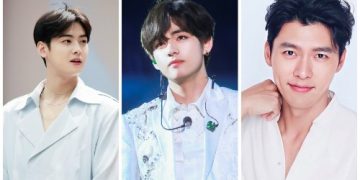 Japanese fashion magazine 25ans revealed who the Korean “Face Genius” kings are in an article, according to their Korean editors. Out of the numerous K-drama actors to make the list, BTS member V and ASTRO member Cha Eun Woo stand out as the only idols .
Here is that list: 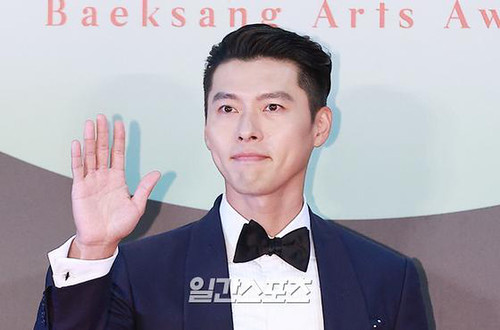 Entering the profession since 2003, up to now, the 39-year-old actor has become one of the powerful faces of the Korean entertainment industry. Hyun Bin participated in acting in many film and television works. After 18 years, he is still the face sought by filmmakers.

Hyun Bin is also the representative face of many famous brands. At the end of 2020 and early 2021, his affection for his co-star Son Ye Jin was enthusiastically supported by fans.

Commenting on Hyun Bin, the editor of 25ans wrote, “Hyun Bin is still an indispensable name when choosing the kings of the Korean entertainment industry”.

The member of BTS came second in the poll for the talented guy, but it was the face of the idol artist at the top of the list. In the BTS lineup, the male singer stands out with his bright appearance and low voice.

V is also frequently mentioned as a fashion icon when appearing in public thanks to his skillful coordination. The 26-year-old singer is also a familiar name on the chart of the 100 most handsome faces in the world compiled by TC Candler.

According to 25ans, V has a special attraction, making him the focus of attention on social networks, especially when wearing / carrying items from luxury fashion brands. This charm is also shown every time he performs on stage with the BTS members. After the limelight, V is a sociable type, with many friends inside and outside the entertainment industry.

Before becoming a top-of-the-line face on television, Lee Jong Suk was a talented model. He entered the entertainment industry in 2005 as a model, and continued to take on this job until 2013.

Lee Jong Suk enlisted in 2019 and discharged from the army in January 2021. After two years of absence, the actor still made fans excited when his image behind the scenes of a photo shoot for a magazine was posted online. The audience commented that Lee Jong Suk still retains the dreamy romantic look that helped him “cut the hearts” of the audience from the early days of his career.

After his demobilization, Lee Jong Suk is looking for a new role with enough weight. Projects being considered by the actor include action-thriller, The Decibel and part 2 of The wich (2018). Lee Jong Suk is commented by 25ans as a charismatic artist.

Cha Eun Woo is a member of the boy group Astro. On stage, Cha Eun Woo attracts fans with a youthful, friendly appearance and gentle voice. In addition to singing, he is also active as an actor and player in reality TV shows.

So far, he has participated in 5 television roles and one movie. Most impressive is the drama Rookie Historian Goo Hae Ryung. The role of Lee Rim in the work brought Cha Eun Woo the Best Actor Award and the Best Partnering Couple at MBC 2019 Television Awards.

Cha Eun Woo’s latest drama, True Beauty, has also received great attention from the public. The film is adapted from the Korean webtoon of the same name, with Cha Eun Woo as Lee Soo Ho, an excellent male student with a complicated private life.