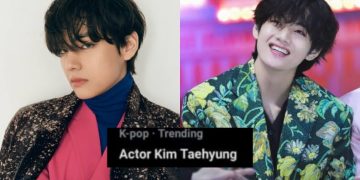 Kdrama Fans all around the world want to see Actor Kim Taehyung again. It is one of the ultimate wishes of kdrama lovers to see BTS’s V return to acting.

BTS’s V made his acting debut in 2016, he successfully played the captivating role of Suk Hansung in the historical K-Drama “Hwarang: The Poet Warrior Youth” and  it is also his first and only kdrama. Until now , BTS’s V hasn’t taken up any acting projects but due to his big potential as an actor many kdrama companies want to cast him in a drama.

Recently , a lot of K-media reports confirmed that BTS’s V  has been receiving offers from various K-drama production companies. It is also revealed that his appearance fee can be compared to the paying level of Kim Soo Hyun, who is currently the “Korea’s Highest Paid Actor”.

But BTS’s V acting fee can continue to rise and can be offered greater than 500M KRW , some reports even mentioned that BTS’s V is one of the most in demand actor in Korea right now even though he only acted in one drama and is still considered a rookie actor.

As soon as K-media articles was released , BTS’s V trended at #16 on Daum’s Entertainment section and Twitter. On Twitter ‘Kim Taehyung’ and ‘Actor Taehyung’ trended in multiple countries, fans even shared their excitement about the kind of ideal roles that V can  be in his next drama.

Fans are also excited to see BTS’s V  with bad guy role , V also mentioned that he would be interested in playing a villain in a drama.

Are you excited to see Actor Kim Taehyung again? Let us know!!!