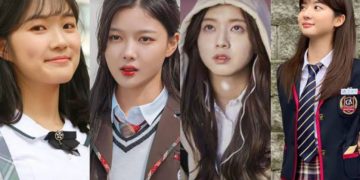 The popular korean drama and manhwa “Princess Hours” was confirmed to have a remake after 15 years.

“Princess Hours/Goong” is one of the hit drama series in all Asian countries  that was aired last 2006. The drama series started with the news that Lee Shin’s father Emperor Lee Hyeon of Korea was seriously ill. Lee Shin is a crown prince who will marry the commoner student Shin Chae Kyeong.

As soon as the news about the “Princess Hours” remake was announced , K-Drama fans started to vote for their picks that they think will pull off the role of Shin Chae Kyeong.

According to Kpopmap poll results , these are the 4 Korean Actresses that fans think will suit the role of Shin Chae Kyeong for the drama remake of “Princess Hours”.

Korean Actress Kim Hye Yoon received the highest number of votes followed by Kim Yoo Jung , Joo Soo Min and Roh Jeong Eui.  Below is the results of the voting poll via Kpopmap.com

Which among the 4 Korean Actresses do you think will pull off the role as Shin Chae Kyeong? Let us know!

To Vote go to https://www.kpopmap.com/16-actors-who-would-be-perfect-in-the-remake-of-princess-hours-vote/