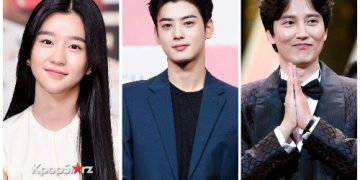 According to a report from Soompi, Cha Eun Woo is said to be in talks to star in the upcoming OCN drama “Island”.

As soon as the news went viral, Cha Eun Woo’s agency Fantagio commented in response, “Cha Eun Woo is positively reviewing the offer to star in‘ Island. ‘
If the negotiation goes well, Cha Eun Woo will participate in a horror film for the first time, and in particular he will collaborate with Kim Nam Gil and Seo Ye Ji. Hopefully this will be a successful film in 2021 of Korean cinema.
“Island” is a Korean-style horror movie.
Previously, Kim Nam Gil and Seo Ye Ji were confirmed for roles in ‘Island’.

“Island” will begin filming this April and is scheduled to premiere in the second half of 2021.