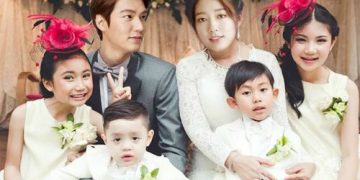 Lee Min Hoo’s love story is as quiet as his personality, even containing many SECRETS.

Lee Min Ho debuted in 2006 but it was not until 2009 that the actor became a big star after the movie “Boys Over Flowers“. Since then, Lee Min Ho has continuously achieved many successes, becoming a male idol loved by many people.

In addition to a successful and successful career, the male actor is still very ‘excite’ in love. Lee Min Ho’s mother once said that She found 2 girls fighting to get Lee Min Ho’s attention when Lee Min Ho was still in kindergarten.
When he was in school, the actor experienced two love affairs. After entering showbiz, Lee Min Ho publicly dated Suzy and Park Min Young. In addition, he was in suspicion of dating Kang Min Kyung (Davichi), Park Shin Hye, and Goo Hye Sun.

Perhaps, the longest Lee Min Ho love story is with actress and singer Suzy (nearly 3 years). But after 6 months joining Lee Min Ho enlisted, the two announced their breakup. The famous couple broke up with personal reasons but once again showed that love is really difficult to keep in the showbiz environment, where the artist is too busy, does not have much time to spend with each other.

Remember when he first fell in love, the actor accepted a lot of sacrifices. The press has to put in a lot of effort to uncover the Lee Min Ho – Suzy couple. The actor himself is extremely careful not to be discovered. People in the world revealed that when dating Suzy, actor Lee was more concerned with his girlfriend’s image than himself.

Before that, Lee Min Ho revealed dating actress Park Min Young. The time of filming together made the main actor couple develop feelings. They not only help each other on set but also regularly meet and date after schedules are over.

After a month of secret dating, the love story of the couple was brought to light by the press. At that time, the image of both walking in casual clothes together entering the cafe made many viewers admire. However, just a few months later, the couple broke up for the eternal reason of busy schedule.

This is probably one of the fastest love affair of the actor born in 1987. Because, in August publicly dating, by the end of the year, his relationship with his co-star has become cold. The two even avoided each other by attending 2 different awards ceremonies.

So I started dating her without telling my company. But after 6 months of dating, we broke up due to the difference in character “.

In addition to Lee Min Ho’s brief love story, the actor also had a period of serious problems. Initially the actor dreamed of becoming a soccer player. He has a tall appearance (1m87), and was once coached by football legend Cha Bum Kun. 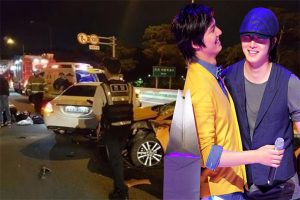 However, it was a serious car accident in 2006 that took Lee Min Ho’s dream away. Lee Min Ho was lucky to survive, but suffered a fracture of his thigh and ankle, had to be crucified and stayed in hospital for many months for treatment.