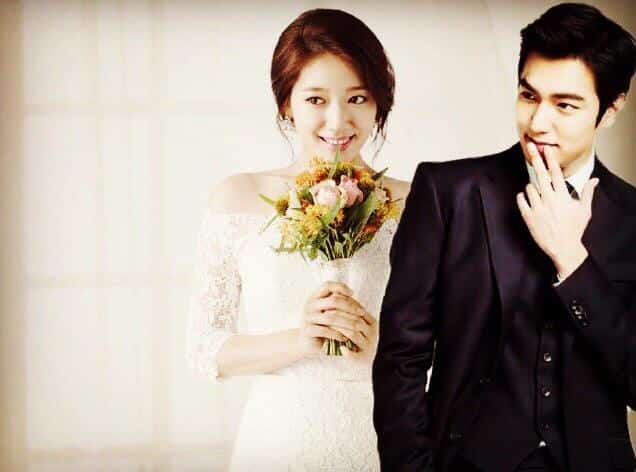 Lee Min Ho is currently the most influential actor of Korean shobiz. He is preparing for his comeback projects after 2 years in the army. And his love story is also many fans interested.

Six months after enlistment, Lee Min Ho confirmed the end of a nearly 3-year relationship with famous actress Suzy. On the first day of dating in 2015, the Korean press reported that the actor was the one who actively pursued his juniors, so he determined this was a serious and long-lasting love. In particular, when the media continuously reported the two broke up, soon after the company denied it, the public gained more confidence in the love of the famous couple.

However, after nearly 3 years together, this love story also came to an end. The famous couple broke up for personal reasons but once again showed that love is really hard to keep in a showbiz environment where the artist is too busy, does not have much time to spend with the other person. Lee Min Ho herself before dating Suzy used to have a lot of love but they were quickly broken.

City Hunter aired in 2011 as one of the movies that made Lee Min Ho’s name and was also a charming project for him and actress Park Min Young. The filming time together made the couple starring emotionally. They not only help each other on set, but also often meet and date after the schedule ends.

After 1 month of secret dating, the couple’s love story was brought to light by Dispatch. At that time, the image of the two dressed casually walking into the cafe made the audience admired. However, just a few months later, the couple broke up because of their eternal schedule. This is probably one of the quickest relationships of actors born in 1987. Because, in August publicly dating, until the end of the year, his feelings and co-stars became cold. The two even dodged each other by attending two different awards ceremonies.

In addition to falling in love with Park Min Young and Suzy, Lee Min Ho once secretly dated a college student. This was revealed by himself in 2011, after the end of the movie City Hunter. Specifically, after appearing in the TV series Personal Taste (2010), he met a girl and broke up after 6 months.

Lee Min Ho told Ilkan Sports: “After Personal Taste is over, I have a spare time. One day, when I go to lunch, I meet a girl who doesn’t work in the entertainment industry. , and for some reason, I was really moved, so I started dating her without telling my company, but after 6 months of dating, we broke up due to the difference. in character “. However, right after the news was published, Lee Min Ho’s company corrected. Management actor said he and the girl mentioned above actually met many times but could not be called each other’s lover.

The heiress is often rumored to be dating his co-stars, and Park Shin Hye is one of them. In the moment of joining the Heirs, both for many sweet compliments. Rumors of their relationship became more noticeable in January 2014 when Sina posted, Lee Min Ho confirmed that he was dating but quickly broke up with a girl a year earlier, in 2013.

Coincidentally, 2013 was also the time when the Lee family met Park Shin Hye on the Heir set. Soon after, both management companies denied, however, in an interview, Park Shin Hye said she was happy to have rumors dating with colleagues.