So Ji Sub And His Wife Donated 100 Million Won To Help Communities In Need . 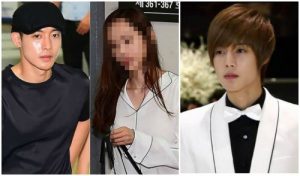