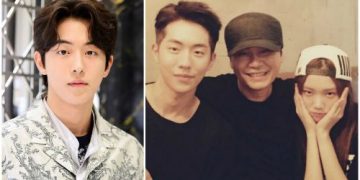 Nam Joo Hyuk is currently entangled in rumors that he has an attitude of turning his back on YG.

Nam Joo Hyuk is currently entangled in rumors that he has an attitude of turning his back on YG.
Almost everyone knows Nam Joo Hyuk began to enter the entertainment world and became successful in both his modeling and acting career thanks to YG Entertainment. He debuted as a model in 2013 under YG’s subsidiary – YGKPlus. After that, the agency continuously supported Nam Joo Hyuk with his best, helping him to participate in Akdong Musician’s MV and take his first role. 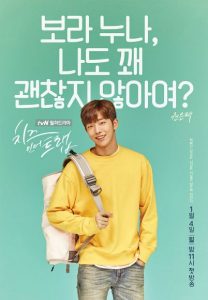 By 2015, Nam Joo Hyuk became a star with his role in the film School 2015, side by side with the once child star Kim So Hyun. Although Nam Joo Hyuk’s acting ability is not appreciated, YG still helps him step into the new male god of Korean films. After that, Nam Joo Hyuk continuously received roles in many famous works such as Cheese In The Trap, Moon Lovers, Weightlifting Fairy Kim Bok-joo, The Bride of Habaek, … Not to mention, the actor also has a chance. The festival participated in a series of advertisements, acted as ambassadors for luxury brands, went on reality shows and held fanmeeting, fansign events. 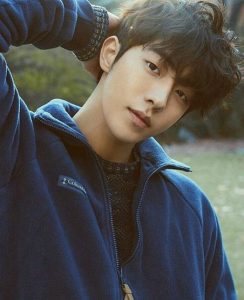 As can be seen, throughout Nam Joo Hyuk’s career from modeling to film transition, people always see YG’s full support. However, at the beginning of this year, at the time of the company’s serious crisis after a series of shocking scandals by former chairman Yang Hyun Suk and Seungri (BIGBANG), Nam Joo Hyuk was accused of preparing to leave. company, leaving the place that once supported me. He decided to switch to SOOP – the common home of Gong Yoo, Suzy and a series of cult actors.

Specifically, netizens have discovered that normally when a star in the company prepares to leave due to not signing a contract, YG will post a long letter of thanks, goodbye and wishes. Best. However, in the case of Nam Joo Hyuk, YG kept silent until he left the company.

In particular, according to the Korean newspaper, Nam Joo Hyuk started to discuss about joining SOOP from March this year while in April, his contract with YG officially expired. At that time, it was known that YG continued to affirm that Nam Joo Hyuk had not left the company and that the company was currently negotiating a new contract with him. In addition, from the beginning of 2020, Nam Joo Hyuk has removed the YG-related description on Instagram.

Many people were extremely angry with Nam Joo Hyuk’s “Bite the hands that feed you” attitude. It is completely normal to leave YG to move to another company. However, Nam Joo Hyuk was quite hasty, ready to express his desire to leave before the contract expires. Not to mention, YG is also a place to support and help Nam Joo Hyuk have a successful career like now.