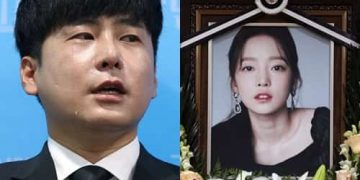 Goo Hara's brother shared what he was going to do with his sister's inheritance in a recent interview.

Recently, the late artist Goo Hara’s brother Goo Ho In participated in an interview with Women Sense magazine, where he shared his memories of his sister as well as his plans for inheritance money. Seven months have passed since the female idol’s death, Goo Ho In is trying to submit the “Goo Hara Act” to the National Assembly, while continuing a legal battle to protect her sister’s assets against her mother mind, greed. 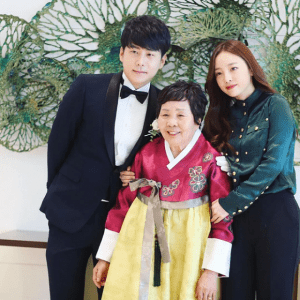 Goo Ho In shared his plans with his sister’s inheritance: “I don’t have a specific plan yet, but I want to use that money to help people who are in the same situation as my younger sister. Wanting to help those who cannot support their children and children who are in trouble after their parents divorce, that’s the amount of money Hara had to work hard to make, even in the most miserable moment. I want to use the money to help people who are really in need. ”

Goo Hara’s brother also remembers memories of his younger sister: “When we were young, we stayed at a relative’s house, so the two of us always wished to have a private home. star, but to me she is always my little sister. I know the best Hara has ever been hurt and yearn to be loved. ”

According to Korean law, for the case of having no children and no wills like Goo Hara, her assets will be equally divided among parents at a ratio of 50 – 50. However, Goo Hara’s mother was not refunded. become an obligation to the children, soon leave when the children are young and only return when they are inherited.

“She left when my siblings were 9 and 11 years old, so the memory of her is very vague. Before she died, Hara was very miserable every time she mentioned her mother. Even the day she left, because funerals where she still behaves inappropriately, even trying to take pictures with celebrities. ”

In March this year, Goo Hara’s brother submitted to the Korean National Assembly “Goo Hara Act” but was not passed. This is a law to protect children’s property, limiting inheritance rights if parents fail to fulfill their obligation to raise and educate their children. Goo Ho In said he will continue to bring the law to Congress, even if his family is not entitled to benefits, it can still help many others with similar circumstances. At the same time, this was the last gift he could give his little sister.