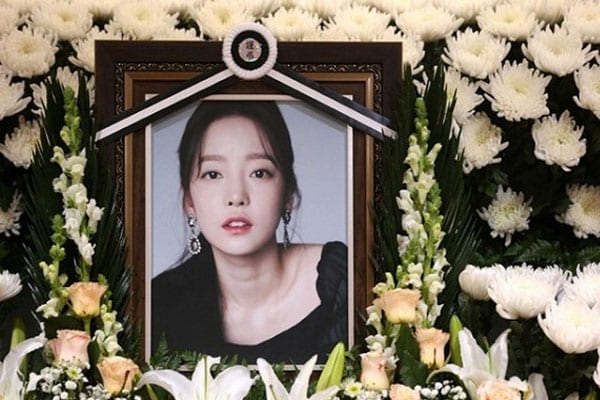 According to a report from Korean OSEN on the afternoon of December 14, the Twitter account of the late singer and actress Goo Hara appears to have been hacked by a hacker. At around 12:51 a.m. (KST) last night, a post with the caption: “123 9ld9c”, was updated on the 1991 beauty’s official Twitter account.

Goo Hara’s fan community immediately expressed concern over this new move. They even suspect that the account of the deceased has been hacked and used for unhealthy things. A fan left a comment: “Respect her life. You must respect Hara’s bereaved family”, “This is not fun at all”.

Meanwhile, Goo Hara’s Instagram account was changed to a memorial account on December 11. Memorial account is a place to commemorate the lives of those who have passed away and find comfort. It is known that this function can be used when the family loses the request. In particular, hackers and others will not be able to access this account.

Back on November 24 of last year, Goo Hara was found dead at her home in Seoul, 28 years old. Goo Hara’s ex-boyfriend Choi Jong Bum was sentenced to one year in prison by the Supreme Court for injuring and abusing her. In addition, Goo Hara’s family is also in the course of a property lawsuit to divide the inherited property.