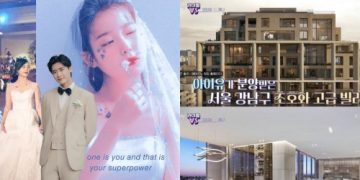 After publicly dating, IU and Lee Jong Suk became the most popular fan-favorite couple in 2023. That’s why all their activities are noticed by everyone. 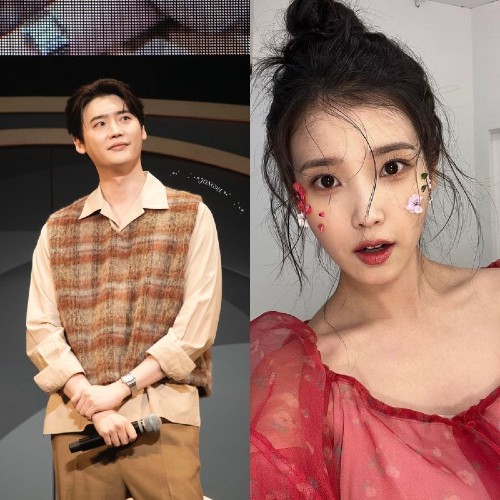 On the previous episode on December 15 of the KBS2 variety show “Entertainment Company Live,” it was revealed that IU recently purchased a luxury apartment in the “Eterno Cheongdam” Complex, located in Gangnam-gu. , Seoul.
Immediately on Naver, many information flowed that this could be the house that IU and Lee Jong Suk chose to arrange the couple’s future plans such as marriage.
Similarly last year after Hyun Bin and Son Ye Jin publicly dated, the couple was also discovered secretly buying a luxury penthouse to prepare for married life.
Hopefully this time netizens will also guess correctly.

While the most expensive penthouse in “Eterno Cheongdam” can amount to 26.5 million USD, it is reported that the apartment purchased by IU cost around 13 billion won (9.9 million USD) and was paid for entirely by cash. 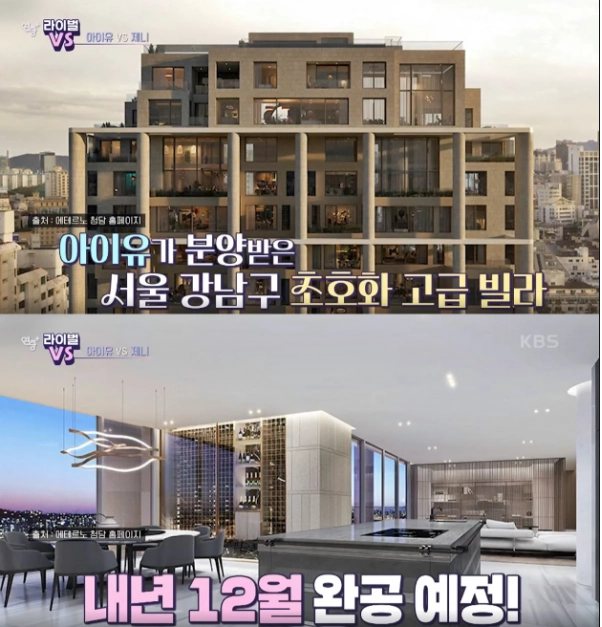 In the future, Eterno Cheongdam is expected to become Korea’s most expensive real estate complex.

On the other hand, IU is currently residing in a 56-storey apartment complex called Raemian Caelitus, which oversees the Han River and is the tallest building in Yongsan District. Apartments inside this complex are priced at around 2.6-3.3 million USD.

IU’s best friend Yoo In Na, Zico, and Crush, are several celebrities that reside in Raemian Caelitus
Alongside the two aforementioned apartments, IU also owns a 2-storey house in the suburban district of Yangpyeong-gun, Gyeonggi-do, which is where her family lives. The house’s value is estimated to be around 3 million USD, and according to IU’s agency, it was purchased with the intention to be a “vacation home” where IU can go for weekend breaks. 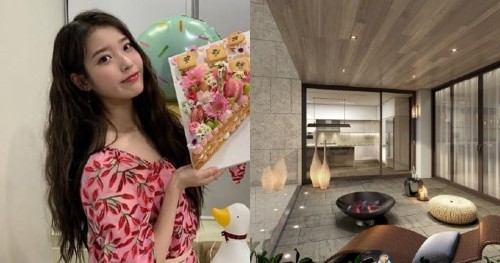 In addition, she often donated to the region, and purchased 800 million won (approx 600,000 USD) worth of additional land around her house.

IU has been active in the entertainment industry since the age of 15, and has since established a name for herself in both the acting and music realms. All of her projects, from dramas, movies, to music, achieved huge successes, so it’s no surprise that IU owns such a huge range of valuable real estate properties.