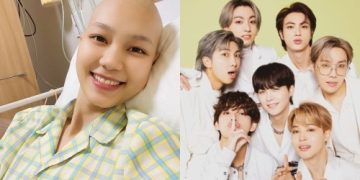 The story of a 15-year-old Army (BTS fan’s common name) in Vietnam who died of cancer was published by the Korean media, attracting many people’s attention and emotions.
Recently, the famous Korean news site Naver posted a touching story about a fan of BTS. It’s a 15-year-old girl – Bui Dieu KL from Hanoi, who used to have a malignant bone cancer. According to Naver, Bui Dieu KL is a fan of Jungkook – a BTS member. To see her idol perform on stage, she tried to win a ticket to a BTS concert with her mother. 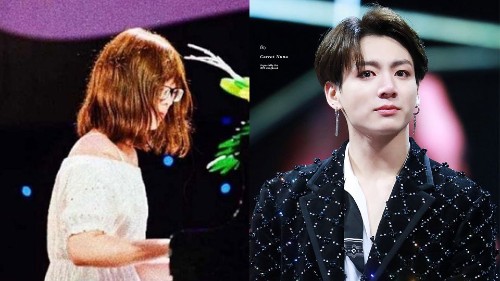 Naver wrote, Bui Dieu KL tried to exercise and mark each day to the BTS concert, but unfortunately, the little girl passed away before the event took place.

Bui Dieu KL’s photo was posted on the Korean Naver page.
Later, Bui Dieu KL’s mother went to the concert on behalf of her daughter and shared a message through social media.

The mother shared that BTS has become a great motivation for her daughter in the battle with the evil disease for the past 3 years. The sharing also revealed how much Bui Dieu KL loves Jungkook.

“I know very well that the 7 members have been a great motivation for my daughter to overcome the storm of illness during the past 3 years. Especially Jungkook, I often talk about him with her every day. I even called him son-in-law. Every time I say that, she’s so happy that she can’t hold her excitement,” the mother said chokingly.

Jungkook BTS is the motivation to help her fight with cancer for 3 years.
Bui Dieu KL’s mother also had emotional shares sent to her daughter:

“Mother’s beloved daughter. I went to the concert and I believe you can satisfy your longing to meet BTS. I know you’ve been waiting for this day for a long time. In heaven, are you happy? Up there, go out and buy whatever you want. Buy everything I can’t buy for you because of your critical condition. Buy whatever you like, don’t worry about saving money. I know you tried your best to save me money. But my dear daughter, please do everything you want to do. Mommy loves and misses you very much. I will send this letter to the world you are in as well as to where Jungkook is.”

Many Korean netizens happened to read the touching letter that sent condolences and sympathies to the mother and daughter.

“I was in tears when I read the letter. As a mother who is also raising a daughter, I can understand her plight, which is unfortunate and sad. Although her daughter couldn’t see Jungkook before he left her life, at least he was able to give her magical strength until her last moments. Hope she rests in peace,” one reader shared.

Another wrote: “My heart hurts. I hope she is happy in heaven where there is no more pain and suffering. It would be great if she could see Jungkook before she left. Please rest in peace.”

“I hope this goes to BTS’ Jungkook. I also hope she is happy in heaven. Please rest in peace.”