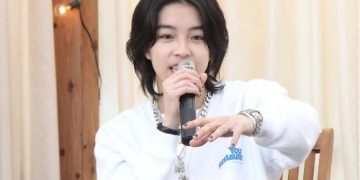 Nikkan Sports reported that male singer and actor Yoshi had an accident on the morning of November 5. The incident left him severely injured and later died.

On November 6, Nikkan Sports reported that male singer and actor Yoshi (real name Kasumi Sasaki) died after a serious traffic accident. The incident happened at 0:00 on November 5 at an intersection in Tama ward, Kawasaki city. Yoshi was driving a large displacement motorcycle that collided with a truck. The accident left Yoshi with a severe head injury and was immediately taken to the emergency room. However, according to Japanese media, the male singer died at 2:17 am on November 5.

According to the wishes of the family, Yoshi’s funeral was held privately, with only relatives.

As reported by Nikkan Sports, Kanagawa prefectural police said the accident happened when the truck was in the opposite lane of Yoshi and then turned right when it reached the intersection. The truck driver, Mr. Utsuno Shinichi (60 years old), was arrested and confessed to the fault. Police are investigating the cause of the incident.

Yoshi was born in Hiroshima on February 26, 2003. At the age of 13, he was promoted by famous designer Virgil Abloh and became famous in the fashion world. At the age of 16, he debuted as a singer and released his first album.

Yoshi’s talent once amazed the Japanese music world. After that, he joined the talent show Yoshiki Superstar Project X organized by X Japan Yoshiki. At the end of the show, he became the lead vocalist of the band.

The death of Yoshi at the age of 19 is shocking the Japanese entertainment industry.