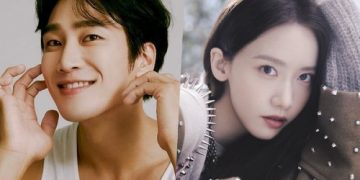 “2 O’Clock Date” is a romantic comedy, in which director Lee Sang-geun of “Exit” and production company Filmmaker R & K reunite, about a woman downstairs with a secret beyond imagination and a man upstairs meeting for an extraordinary date at 2 a.m.

Im Yoon-ah played the role of Jeong Seon-ji, a lovely but unexpected woman downstairs. Im Yoon-ah will demonstrate how she has improved in “2 O’Clock Date” by showing new charms that have not been seen in her filmography so far. She has grown into a trustworthy actress across movies and dramas.

Ahn Bo-hyun will play the role of Gil-gu, the representative unemployed living upstair who spent time with Seon-ji every dawn. Expectations are high for the young Gil-gu character, which will be born in the hands of Lee Sang-geun, who created the role of the unprecedented young character Yong-nam in “Exit.”

Director Lee Sang-geun said, “I’m honored and happy to crank in my second film. I am even happier that the staff and actors who I can trust and rely on are gathered together. I want to complete a movie that the audience will enjoy and like,” he said. “I’m already excited because I think I’ll be able to spend a hot summer with the ‘Exit’ team again. I’ll do my best.” Ahn Bo-hyun said, “I’m attracted by its different scenarios at once. I enjoyed watching “Exit” so much that I’m excited to be with director Lee Sang-geun and I feel reassured to work with Im Yoon-ah,” he said.

Meanwhile, Kim Seon-ho was originally scheduled to appear on “2 O’Clock Date,” but dropped out last year due to controversy over his personal life.