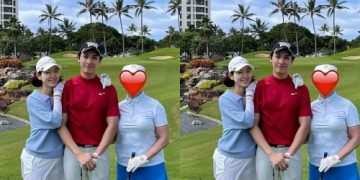 The newlyweds were having fun at a golf course in Hawaii!
In January, the duo of famous actors, Park Shin Hye and Choi Tae Joon officially tied the knot after 4 years of dating. They are also expecting their first child, a baby boy who will be born this June. In early March, the married couple was spotted enjoying their honeymoon in Hawaii. EXO’s D.O. also joined them. But none of the stars shared any photos of their trip on SNS. 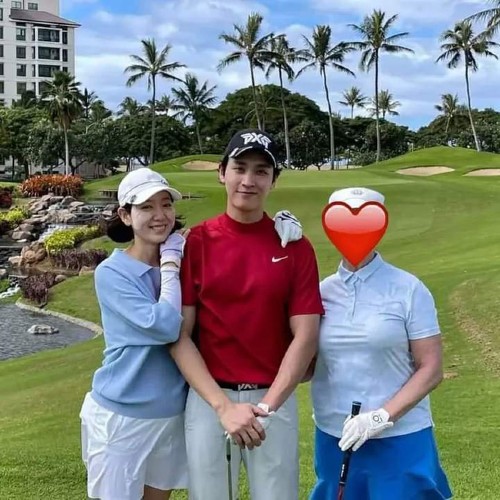 It was not until today (March 22) that the first photo of Park Shin Hye and Choi Tae Joon on their honeymoon was posted online. The photo shows the two newlyweds smiling happily as they went golfing in Hawaii. Park Shin Hye‘s 6-month baby bump, which can be seen clearly for the first time after the wedding, has especially caught the attention. Meanwhile, Choi Tae Joon stands out with his height and handsome visuals. He looks happy standing next to his beloved wife.