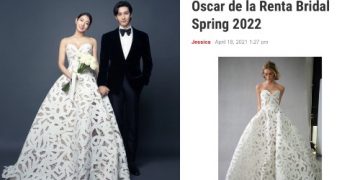 In the published wedding photos, Park Shin Hye is beautiful in a sophisticated wedding dress design. Side by side with the bride is the elegant groom Choi Tae Joon with a tuxedo. The couple smiled brightly, happy when they returned to the same house. 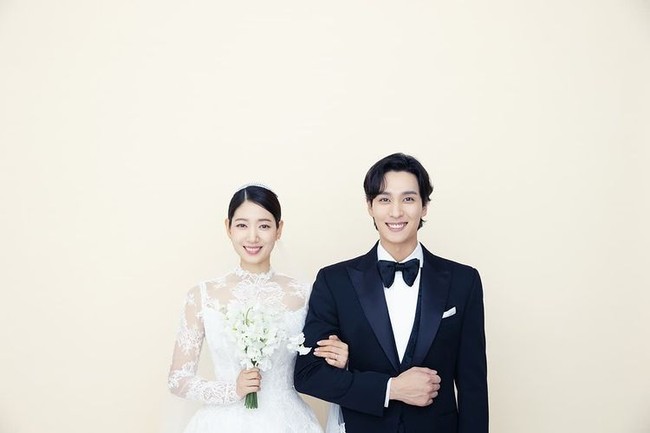 Óscar Arístides Renta Fiallo, better known by her stage name Oscar de la Renta, is a Dominican-American fashion designer. Born in Santo Domingo, he was mentored by master craftsmen such as Cristóbal Balenciaga and Antonio del Castillo; He then gained worldwide fame in the 1960s when he became one of the costume designers for the First Lady of the United States, Jacqueline Kennedy. With his awards won, he worked for many major fashion houses such as Lanvin and Balmain. His own fashion brand has always been at the forefront of designing women’s dresses, from movie stars to members of the royal family.

The couple will officially become husband and wife today after a simple wedding ceremony at a church in Gangdong district, Seoul, South Korea. The wedding was held privately and intimately with the presence of family and close friends of the two actors.