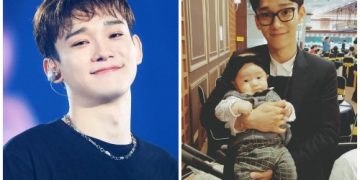 Male singer Chen took a day off during his military service in order to celebrate his daughter’s first birthday in a grandiose way.

Chen has been in the army since October of last year. EXO’s Chen announced their marriage in January 2020 and the couple welcomed their first daughter in April of that year.