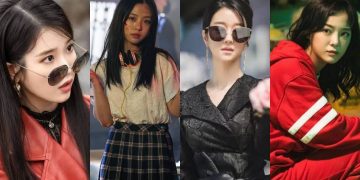 The Category is Badass Female Leads of Kdrama

K-Drama fans always have their favorite character in every drama. Some fans may love the character based on their personality.

Some fans also love supporting Female Leads who possess a strong aura, very tough, uncompromising, charismatic and intimidating personality on which they name and categorize them as the Badass Queen of Kdrama.

These are the 15 Female Leads that also known as Badass Queen of K-Drama;

10. Cheon Song Yi- My Love From Another The Star

Which among these Badass Queen of K-Drama is your favorite ? Let us know!!