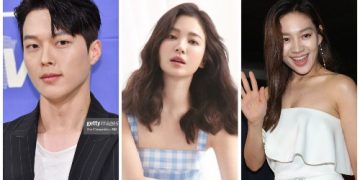 Song Hye Kyo’s first TV project after a long absence on the small screen is a love drama broadcast on SBS.

On March 10, The Daily Sports reported that the SBS drama “Now, We Are Breaking Up” project announced a list of actors. Song Hye Kyo will be appearing in the series with actress Choi Hee Seo and two actors Jang Ki Yong, Kim Joo Hun.

Before that, Hye Kyo declined an invitation to appear in this film, causing the role to be assigned to another female artist. However, the production company made the offer one more time and Song Hye Kyo finally accepted it after carefully considering the script.

Song Hye Kyo will play Ha Young Eun, a manager of the design team at a fashion label who is a trendy and intelligent realist. Jang Ki Yong is the male lead Yoon Jae Guk, a wealthy and popular freelancer photographer who also has the brains and looks.

The closest drama project with the appearance of Song Hye Kyo is Encounter (2018-2019). In the movie, the actress plays Cha Soo Hyun – the daughter of a politician with a broken marriage in the past.