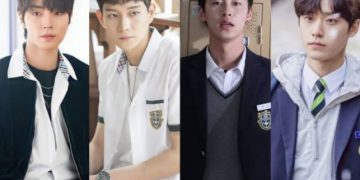 Knetz are currently voting between Korean Actor Hwang In Yeop,Lee Do Hyun , Lee Jae Wook and Kim Young Dae as Lee Shin for the drama remake of “Princess Hours”

It was confirmed that Popular drama series “Princess Hours” is going to have a Remake Version after 15 years. The original drama was aired last 2006 and became popular in all Asian countries even until now. The drama was based on Manga (manhwa) “Princess Hours” , and the remake version will be the 2nd adaptation of the manhwa.

As soon as the article was confirmed that there will be a remake version of “Princess Hours” , Knetz started to name and vote for Korean Actors that will perfectly fit the role of the Crown Prince “Lee Shin”.

According to Kpopmap results , these are the 4 Korean Actors that top the voting as Lee Shin for the Remake Version of “Princess Hours”.

Crown Prince Lee Shin was rejected by his girlfriend Min Hyo Rin , he was rejected because Min Hyo Rin  wanted to focus on her career as ballerina.  Lee Shin is known as a cold prince and treats Shin Chae Kyeong  indifferently. After marrying Chae Kyeong, he will start to get to know more about her.

KDrama fans can also agree that Kim Young Dae, Lee Jae Wook , Lee Do Hyun and Hwang In Yeop could be the next Lee Shin because of their handsome face, popularity and talent in acting with different roles.

Which among the 4 Korean Actors is your favorite and perfect for the role ? Let me know!