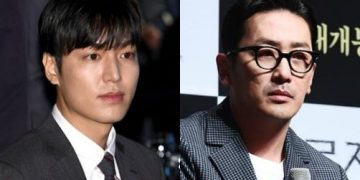 Lee Min Ho and Ha Jung Woo are two stars who are suspected of tax evasion.

On the afternoon of November 4, Korean media reported that the National Tax Agency had conducted an inspection with 38 people accused of tax evasion, including a celebrity temporarily called A. After a series of cases of female stars. Korean showbiz, however, continues to face a new variable. It is known that A has set up an entertainment company under the name of a family to enjoy a corporate tax rate of 25%, much lower than the personal income tax rate (42%).

According to the director of the Department of Tax Investigation, A has evaded taxes by allocating personal income into operating expenses for the company, causing the company’s operating expenses to “swell” abnormally. Star A uses an imported luxury car, uses a credit card in the name of the company, thereby reducing the personal income tax payable. In addition, A’s company also pays “ghost” salaries. The star’s relatives, even if they don’t work here, are still on the list of personnel, receiving monthly salaries.

It is known that this is the first time A has been caught tax evasion. The Tax Authority has collected billions of won in corporate income tax and corporate tax from A and the family company.

In response to the media, a representative of Lee Min Ho’s management company said: “We do not evade taxes, we do not even use imported cars. We always comply with all tax regulations and are calculating. math carefully so as not to miss anything “.

The agency of actor Ha Jung Woo also denied all accusations. However, the case is still the focus of the newspapers, the identity of star A is being sought by netizens.