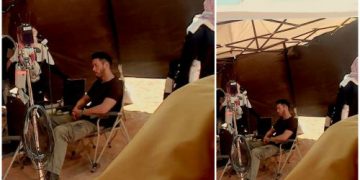 ‘VAST’ revealed an image of Hyun Bin being tired, sitting alone in the hot sun in the Middle East to film new movie!

The latest image that reveals the image of Hyun Bin in the movie blockbuster has received the attention of the audience.

Under the strict management of Vast Entertainment – Hyun Bin’s management company, the images during the Bargaining filming of the actor in Jordan almost only appear dripping on social networks. 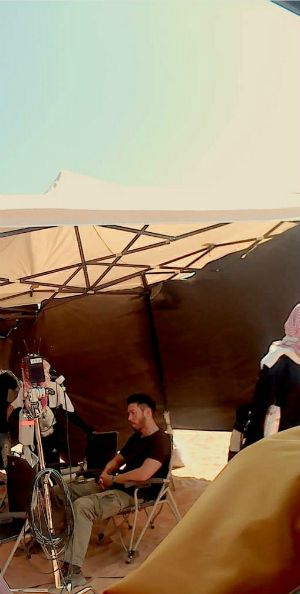 Recently, a photo of Hyun Bin taken by VAST while the actor was filming in Jordan in August appeared on Twitter, quickly becoming a topic of discussion.

In the leaked photo, Hyun Bin can be seen looking quite tired, the actor sits temporarily in a canvas hidden amidst the harsh Middle East sun. Looking at this image, many fans cannot help but admire the spirit of sacrifice for the actor’s role in this new movie project.
In the previously leaked behind-the-scenes image, the audience realized that the actor had a beard and a dusty, stylish appearance. Most commented that this image of him is completely different from the “captain Ri” of Crash Landing On You.

Bargaining is a film about the collaboration between a diplomat and the NIS special forces in the rescue of kidnapped hostages in the Middle East. In the movie, Hyun Bin will take on the role of a brave and experienced NIS spy who serves the mission of rescuing hostages.

Currently, Bargaining has no release plan.