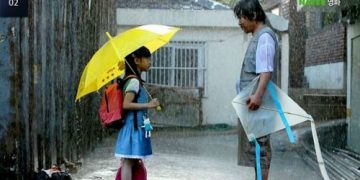 Heartbreaking – Nayoung’s father is willing to go into debt to pay the infamous child sex offender Cho Doo Soon to move out of Ansan
Cho Doo Soon Korea’s most notorious child rape criminal is about to be released from prison. And he will move back to live near the house of his victim’s girl. This incident is making the people angry and the father of the little girl Nayoung (the victim) is doing everything he can to not return near his family home. 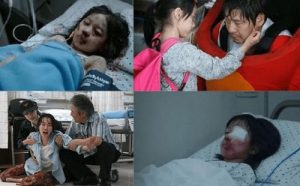 The victim’s father stated, “My daughter still has to wear a diaper at home. She has to carry the largest sanitary pad in her bag when we go on a long trip. People won’t know how we feel as parents if they never experienced this before. I live feeling like a sinner who was not able to protect his own child. I hear that Cho Doo Soon is coming back near our home. Does this even make sense?”

The victim’s father explained that he doesn’t understand why Cho Doo Soon is coming back to the same town of his crime if the sex offender is self-reflecting. In an exclusive interview with Chosun Ilbo conducted on September 20, the victim’s father stated, “Cho Doo Soon claims to have self-reflected, then why does he return to the town of Ansan where the victim is? I want to give him 20 million or 30 million KRW (the cost of living ~ $17,000 or $26,000) for him to leave even if I have to take out a loan.”

According to the victim’s father, the victim’s family including the victim are aware that Cho Doo Soon is returning to Ansan. However, none of the family members are mentioning anything about the sex offender. This is because the trauma of the ‘Cho Doo Soon’ incident did not disappear even after ten years. The victim’s father explained, “Our family can’t joyfully watch TV together anymore. When news breaks out about a sexual crime, my daughter faints right away. That is why my daughter can’t watch the news at all. She used to have a TV in her dorm when she was in college but asked to take that TV away as well. When she comes home during the break, she only can watch cartoons that children watch. I feel she is becoming socially isolated because she doesn’t watch much TV.”

After the incident, the victim had to live with a bowel pouch on her leg. The victim’s father stated, “At first, my daughter seemed like a soulless zombie that you see in the movies. She was blank all the time. She had to receive treatment twice a week for four years until she graduated from elementary school.” The victim’s father had to give up on his business and take care of his daughter who had to travel to Seoul from Ansan for counseling and treatment facility for victims of sexual assault.

As a result, the victim could not have an ordinary school life either. There were times when the bowel pouch would pop during class. The victim’s father stated that he is most thankful to his daughter’s homeroom teacher. The victim’s homeroom teacher would always prepare a dark plastic bag so that she can clean up the bowel pouch that had exploded. The victim’s father explained, “We couldn’t leave the town of Ansan because of the help the teachers, parents, and classmates gave to my daughter. They all understood her situation. That’s why we couldn’t leave.”

The victim met Cho Doo Soon on her way to school in December of 2008. Her life was destroyed after that incident. Cho Doo Soon had 18 previous convictions when he committed the sexual assault. He dragged the victim, a second-grader in elementary school, to a public bathroom, and committed heinous actions. Not only did he sexually assault the victim but he left several injuries on her and damaged the victim’s organs. Nevertheless, he was only sentenced to 12 years in prison for being mentally and physically unstable due to drinking.

The victim’s father tried to convince the victim to move away from Ansan and told her this is a terrible place. However, the victim cried every time stating she doesn’t want to move. The victim stated, “I became handicapped. If I move and attend a new school, how many new friends could I make? Wouldn’t I be ostracized? The friends here understand me and help me a lot.”