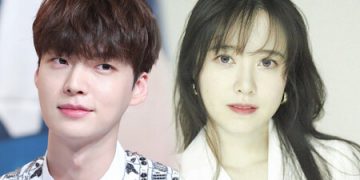 Amidst the divorce scandal with actor Ahn Jae Hyun in late 2019, Goo Hye Sun announced her withdrawal from showbiz. However, she only retired within 20 days.

Since the end of September 2019, Goo Hye Sun has been releasing music products, attending art events, accepting photos from a magazine, even though she previously said she would not continue to work in showbiz ..

Declared retirement after divorce
In the middle of 2019, news of Ahn Jae Hyun and Goo Hye Sun went their separate ways. The actress surnamed Goo continuously posted on social media, revealing her husband’s bad habits. The two sides struggled back and forth, creating a long-lasting divorce battle that lasted for months.

The public divided into two opposing streams of opinion. There are people who sympathize and defend Goo Hye Sun. Others suspect she has a mental problem and feel tired for her husband.

Before the divorce had not ended, Goo Hye Sun announced her retirement. In early September 2019, through a lawyer, the actress said she would give up the celebrity’s life right after the release of I am Your Pet. According to the lawyer, the 36-year-old beauty will go to England to study.

Goo Hye Sun’s retirement and focus on learning marked a new beginning for the life of the actress, helping her relieve the pressure from a broken marriage.

Before her decision, a part of people thought that was the right thing to do, because she had suffered so much damage from the breakup. However, other opinions are skeptical that Goo Hye Sun just wanted to hide because she lied too much about the conflict between the couple.

In response to the public rumors, Goo Hye Sun said, “Thank you for your love and support for me. I have fulfilled my dream.” 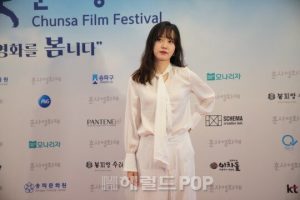 Release of music products
However, the retirement announcement was only “valid” within 20 days. Goo Hye Sun surprised fans when on the one hand, she said she pulled out of the entertainment industry, and on the other hand released a new music product.

In late September, Goo Hye Sun released her self-composed and lyric song – Must I Die ?. This song has been released since 2014. However, the actress has arranged and recorded a new version and announced it to the audience on September 27, 2019.

The song contains many words that express despair: “Should I die? Where is my heart lost? Where are you now?”, “Hope turned into despair, now the memory become guilty “… From the negative words, the public could not help but question whether Goo Hye Sun wanted to find death and once again worried that the actress was having psychological problems.

In response to the public’s attention, appearing in an interview with Woman Sense magazine, Goo Hye Sun told herself she would treat herself better and live happily later. She also proved confident, calm and relaxed, no longer as upset and shocking as when she was divorced. 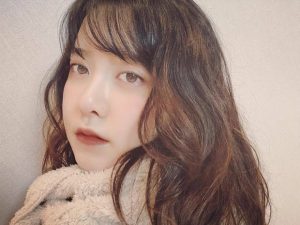 Besides retirement, Goo Hye Sun’s study abroad also deviates from the previous announcement. The actress only majored in English language for a few months, then soon returned to Korea and enrolled at Sungkyunkwan School.

Goo Hye Sun hasn’t rushed back into acting yet, but she still has some sporadic art activities in the past half year. In April, the actress held an art exhibition. All proceeds from the exhibition will be used to support and assist those who have encountered difficulties in the complex context of the Covid-19 epidemic.

In early July, Korean media reported that the divorce battle of Goo Hye Sun and Ahn Jae Hyun came to an end. The couple agreed and completed the legal divorce procedures.

About 10 days after that announcement, Goo Hye Sun’s side made a new move. She left HB Entertainment – where conflicts and disagreements existed – to join the new “home” of MIMI Entertainment. This company is run by CEO Kim Sung Hoon – a former employee of YG Entertainment, who had a long time working with “her” when she was operating under YG.
On Instagram, Goo Hye Sun informed fans that she would act as a director and writer at Goo Hye Sun Film Company, while her role as an actress would be through entertainment company MIMI Entertainment. “Back to the life of fighting spirit again! We decided to move forward together and we’ll see you guys again soon, ”she wrote.

A few days ago, MIMI Entertainment announced that Goo Hye Sun had signed an exclusive contract with the company. They affirmed their deep faith in the 36-year-old beauty, who used to have many activities in areas such as acting, directing, writing, etc. Accordingly, MIMI is very excited about Goo’s new start. Hye Sun and will support her entire career as an artist, bringing a family-like intimacy to her.

With the signing of a new company, Goo Hye Sun’s career seems to have turned to a new page. This means that the actress will not retire as she claimed. Goo Hye Sun is merely spending a lot of time resting after a private incident.