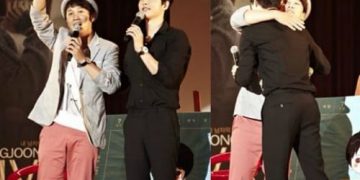 The movie star "Scandal Makers" has been praised as a model husband and father. However, his perfect image was unexpectedly overtaken by the golf betting scandal.

Cha Tae Hyun – the close brother of Song Joong Ki is having trouble because of the Gambling scandal.

From mid-March 2019, Cha Tae Hyun started to freeze his artistic activities because of the betting scandal. However, after just over a year, the actor has returned with the new TV series Team Bulldog: Off Duty Investigation. The work is being broadcast on OCN. 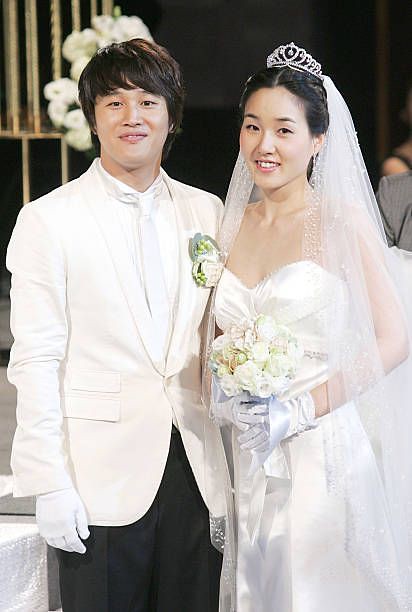 Multi-talented star
Cha Tae Hyun was born into a family of 6 brothers. As the youngest child, he was led by his parents to become a doctor in the future. Song, Cha Tae Hyun decided to go against the wishes of the family to enter the entertainment industry.

In addition to acting, the actor also showed his talent in the music field. He participated in singing soundtracks and releasing his own songs. Cha Tae Hyun is also the reality TV star, the famous MC. The actor is beloved for his humorous and friendly personality.

Exemplary husband and father
Cha Tae Hyun is a famous male celebrity in Korean showbiz. He had a happy marriage with his wife outside the entertainment industry. The actor met and fell in love with his partner – Choi Suk Eun – when they were both teenagers. After 13 years of dating, the couple decided to live together in 2006.

Cha Tae Hyun was hit by love at first sight with Choi Suk Eun, but at that time she had a boyfriend. After a long wait, he finally conquered the beautiful heart. The love of his childhood was dissolved many times, but Cha Tae Hyun was always the one who actively apologized and made up.

On television, Cha Tae Hyun repeatedly asserted that his life was only one woman, Choi Suk Eun. She was the first love, also the final destination of peace in his life. As an actor, the 44-year-old actor has many opportunities to cooperate with beautiful roses, but he has never let his wife be bothered by the affair of affair or a lack of attitude with colleagues.

The image is tarnished because of the betting scandal 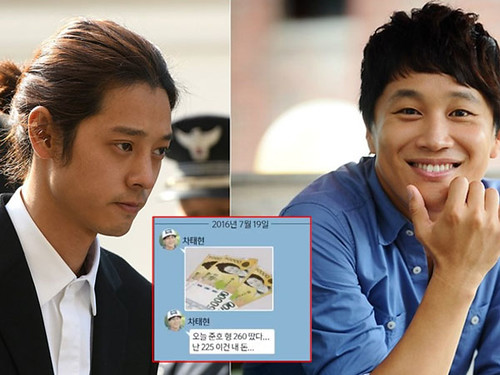 In early 2019, Cha Tae Hyun’s exemplary, perfect image partly collapsed because of the betting scandal. Specifically, in mid-March of last year, the 9 O’Clock program of KBS released a series of messages showing that the actor was involved in illegal betting.

He showed off to Jung Joon Young’s chat group each earned 50,000 won and 2.5 million won in the past few hours at least 2 times betting on golf. “This case is definitely out of jail,” the actor told his junior, who is also a fixed member of the reality show 2 Days & 1 Night.

The story of Cha Tae Hyun winning the bet occurred in 2016. The 44-year-old star did not expect that through Jung Joon Young’s sex chat scandal, his secret that year was revealed.

The day after the incident broke out, Cha Tae Hyun immediately received an official response. He said he will withdraw from all the TV programs he is currently participating in, including the hit reality show 2 Days & 1 Night by KBS 2TV.

In the face of public criticism, Cha Tae Hyun apologized and corrected that he did not perform illegal acts abroad as the press questioned.

“I’m so sorry. But contrary to the news posted, I did not bet abroad. We played in Korea, thinking it was a fun game and I returned the money right away. After seeing what posted in the chat group, I was extremely embarrassed. Being a public figure and being loved, I think that is unacceptable, “the actor said.
Cha Tae Hyun also apologized for involving the other members of 2 Days & 1 Night – the show that was heavily affected by Jung Joon Young’s sex scandal.

After the scandal, the actor was silent and limited to appearing at entertainment events for months. Earlier this year, Cha Tae Hyun returned to film.