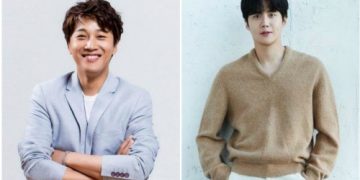 Kim Seon Ho admitted that his acting career was the same as his youth in the drama “Startup”, he also went through a period of ups and downs.
Day, at the filming set, he will work hard on filming, after work, he will completely forget about work, he is like a normal office worker. After that, he will go to a place near the set for a walk to pass time, so he will feel happy and correct his mind.

In addition to acting, Kim Seon Ho also regularly appeared in the variety show 1 Night 2 Days. He said that he was not confident in acting and participating in the show, but at that time he received encouragement from Cha Tae Hyun sunbae: “At that time, Cha Tae Hyun sunbae gave me advice through the border. “ 1 Night 2 Days’ ‘drama Noh Jin Young Although I didn’t meet me personally, after watching the show, sunbaenim sent me a message through the screenwriter, saying,’ The hard times of your youth will help for acting, you have to work hard. ‘”During the 2 Days 1 Night, I feel proud of having such good people around me, I’m really thankful.”