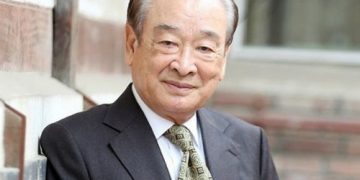 New evidence from the manager not only seriously damaged Lee Soon Jae's reputation, but also threatened the acting career of this veteran actor.

On June 30, the Korean entertainment industry was shocked by the information that Lee Soon Jae abused his former manager Mr. Kim. During 2 months working for “national paternal grandfather”, the former manager is only entitled to 5 days off, with an average working time of 55 hours / week, more than the allowable labor time under Korean law. Doing so hard, Kim only gets a cheap salary of 1.8 million won month . Other welfare regimes are almost unavailable. As a result, Kim decided to reveal these on SBS News, the latest being evidence of a recording of his conversation with Lee Soon Jae’s family.

The information about Kim’s recording surprised Lee Soon Jae, “I was shocked to find Kim recording his conversations with me and my wife.” After this news broke out in the media, Lee Soon Jae revealed that he and his wife apologized to him in the first place. “The national grandfather” also said that maybe because his wife’s age was high, he asked Kim to help with the errands for her.

According to Kim, he previously applied for Lee Soon Jae’s managerial position through a job search site. When received, Kim was extremely happy to work with a famous actor in Korea. But he immediately became disillusioned, in addition to work as a manager, the actor’s family also made Kim do odd jobs, from light to heavy.

However, Lee Soon Jae insists that he has always considered the managers a member of the family. And his managers before Kim have never complained about these sideline jobs. Therefore, Lee Soon Jae wondered if Kim felt uncomfortable because of the requirements of management work to support the daily life of the elderly couple.

The records related to the incident do not record in detail the apology of Lee Soon Jae and his wife for Kim. The veteran actor rejected this, Lee Soon Jae said at the time the incident started causing a stir, he met with his former manager to apologize for what happened in the past but was rejected. deny.

“I think he feels apologizing alone is not enough.” Lee Soon Jae also questioned whether Kim wanted to record the whole conversation with his wife in the first place.

Initially, Lee Soon Jae planned to hold a press conference to understand the Korean public about the incident, and the “national grandfather” also wanted to apologize to Kim because he has not met the manager. His former since the scandal occurred. However, at the last minute, the veteran actor decided to cancel the press conference because he thought that this was not the right time to correct the information and that Korea was still affected by the COVID-19 pandemic.

“This is the first time in my life I have encountered an incident like this, so I want to hold a press conference to correct the inaccurate information about the incident. Unfortunately, recently my health is not good. , and I didn’t think it was a good idea to gather many reporters in one room during the COVID-19 pandemic, so I decided to cancel the press conference.

I’m sorry this incident made my fans nervous. I also hope Mr. Kim knows that I really feel sorry. If he wants me to do something instead of apologizing, please tell me directly. I have always been willing to respond to Kim’s requests so that the case does not go further, “Lee Soon Jae told reporters.

“At the bottom of my heart, I made a mistake and the right thing to do at this point was to withdraw from upcoming projects so as not to affect my starring films. Kim once told my wife that This scandal will ruin my acting career. Hearing that, I thought that Kim wanted me to not be able to appear on screen anymore, but it seemed that he had other intentions. I have no choice but to rely on Korean law. But I hope that Kim and I will not go to such a future. ”