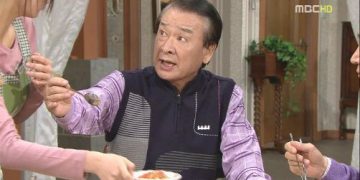 This is the first scandal in actor Lee Soon Jae's career!

According to Koreaboo on June 30, Lee Soon Jae was abused by his former manager, forcing him to work hard as a servant and pay a low salary. The veteran actor immediately spoke up.

Kim, the former manager of acting legend Lee Soon Jae, recently revealed in an interview that he applied to the veteran actor’s management position through a job search site. When received, this person was very excited to work with a top actor. However, Kim quickly became disillusioned because he was more like a servant than a manager. According to insiders, in addition to the daily work of a manager, he also has to do other errands for the family of the talented amateur symphony.
Lee Soon Jae’s wife will force Kim to sort out the garbage, take out the trash, carry the heavy items, and bring their family’s clothes to the laundromat with dozens of other light to hard jobs. Mrs. Lee repeatedly ordered her husband’s manager and was willing to curse Kim for being stupid and dumb if he didn’t finish the work that she requested. “What I am saying is the law,” the former manager repeated the words of the veteran actor’s wife to deter him.

During 2 months working for Lee Soon Jae, Kim had only 5 days of rest. He must work an average of 55 hours / week, including Saturday and Sunday. However, this manager is not paid for overtime, weekends or holidays. Kim is only paid 1.8 million won / month (about 35 million), the salary is quite low compared to the amount of work he undertakes as well as the common ground. Worth mentioning, this person is not allowed to sign a labor contract. “There were times when it was so hard that I had to stop and cry. I wonder what I did wrong, ”Kim said.
About two months at the job, Kim was fired because he complained that he was not covered by health insurance. The manager wanted to handle this with the company but was at a disadvantage because he never signed a contract with them. Therefore, Kim mustered up the courage to present to Lee Soon Jae but the actor turned down the manager’s proposal. Artists argue that managers and their families are not allowed to complain about chores in the home as well as health insurance.

In response to the allegations of the former manager, the family’s family company No. 1 declared that it was no fault other than not signing a labor contract with Kim. This side also explained that it is difficult to provide insurance for this manager because the company is small, only has about 5 executives and Kim’s schedule is not stable.

Lee Soon Jae said the former manager’s statements were a superficial and exaggerated story. The actor explained that some of the things that were told were true, while some of the information was overly frantic. “In the 2 months he worked, my wife had personal requests about 3 times. After finding out, I told her to stop. I also apologized to Kim about this. ”
The legendary star also expressed, “He said I treated him like a servant but it was not right. I am in my 80s and have more than 60 years working in the profession. Does that mean I treated my managers badly all these years? ”. Talking about health insurance, the actor explained, “Previously, Kim talked to me about health insurance but all hiring and treating managers were handled by the company. I told the company to listen to what Kim said. Closing the statement, the “national grandfather” asserted: “If I do anything wrong, I’m not afraid to apologize. I will disclose all these hype misunderstandings at a press conference on the next 2.7 ”.

Lee Soon Jae is now 85 years old, he is a veteran actor of the Korean screen and become a face that is no stranger to Vietnamese audiences. The famous actor was dubbed the “national grandfather” for taking on the role of his father, the godfather in a series of big and small works in the land of kimchi.