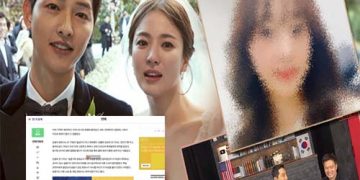 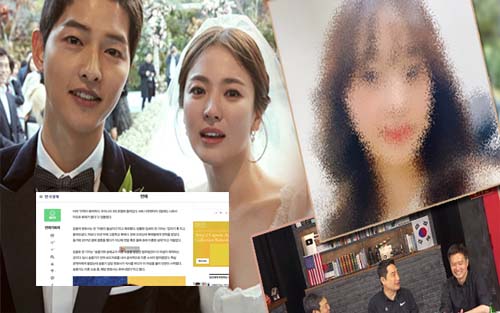 Yesterday, rumors of Song Joong Ki dating a female lawyer after 1 year of divorce Song Hye Kyo surfaced on social networks. After that, representative agency History D&C voiced its denial. However, right in the middle of the storm, on the same day, June 11, the YouTube channel of the research center “채널 가로 세로 연구소” (also known as Gaseyeon) sparked controversy when making a broadcast video, invited to Lawyers. scandalous Kang Yong Suk, former reporter Kim Yong Ho to talk about Song Joong Ki’s rumored girlfriend (referred to as A). 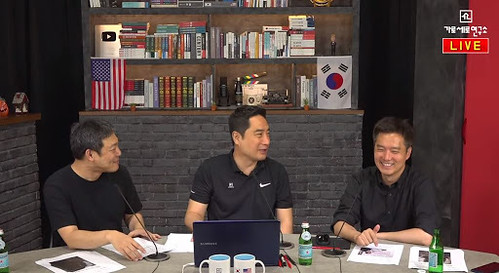 According to Hankyung, lawyer Kang and former reporter Kim both affirmed that A was “a woman with a husband’s life”. Kim Yong Ho said, A worked at the law firm where Song Joong Ki filed for divorce in Song Hye Kyo in 2019. “I heard from a source close, Song Joong Ki’s lawyer called the girl. This comes during the meal and the relationship begins from there. But during the divorce, this girl was still the married woman. ”

And yet, under the program Gaseyeon, A is a female lawyer famous for her outstanding beauty: “KBS made a documentary about the third course of this law firm and her beauty became the owner hot topic “. The program also said, A is living very well with her husband who is an industry colleague but suddenly divorced.

The show was controversial because it invited a scandalous lawyer and former reporter, revealing the identity of female lawyer A. They also released a series of information confirming that Song Joong Ki and A became acquainted from the male actor. first filed for divorce Song Hye Kyo

It is known that this YouTube program also revealed the identity, law firm, social network account and profile picture of A. Currently this program is controversial because of the exploitation of the personal information of the female lawyer. A and spread unconfirmed information even though Song Joong Ki’s company denied the dating rumors. Immediately on the evening of 11/6, the company of the male actor decided to ask the law to handle the person who spread false rumors, which is also aimed directly at this program.