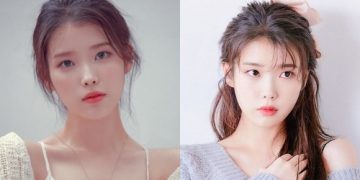 The agency said, “We worked with the investigative agency for a long time to arrest the perpetrator. We identified the perpetrator’s identity and explained all the crimes.”

Both A’s contempt and online defamation charges were acknowledged. The court judged that A’s nature of crime was very bad, and sentenced him/her to 8 months in prison and 2 years of probation. A was also sentenced to 180 hours of community service and 40 hours of sexual violence treatment lectures. If A repeatedly commits criminal acts after the judgment, A may receive a more severe punishment.

Another malicious commenter will soon be brought to justice. The agency shared, “Unfounded false information and malicious posts (about IU) are continuously being posted on many anonymous communities.”

The agency added, “Currently, the perpetrator’s identity has been identified and an investigation is underway. We will do our best to prevent further damage. There is no leniency or agreement.”

Hello. This is EDAM Entertainment.

First of all, we would like to express our deep gratitude to the fans who sincerely cherish and love IU and Shin Se-kyung from EDAM Entertainment.

As previously announced, we are doing our best to protect our artists’ rights and interests by regularly taking legal action against malicious posts that damage reputation, such as personal attacks & insults, spreading false information, malicious slander and invasion of privacy.

Accordingly, we collected evidence about the perpetrator who has left malicious comments on IU’s posts dozens of times through the Internet since 2019 as well as worked with the investigative agency for a long time to arrest the perpetrator. We identified the perpetrator’s identity and explained all the crimes.

In addition, we have received email reports that groundless false information and malicious rumors are continuously being spreaded through many anonymous communities, including DC Inside. These harmful posts have been ongoing for months. As a result, we recognized the severity of the problem, a complaint along with evidence have been submitted, and an investigation is currently underway.

Once again, we will do our best to protect the rights and interests of our artists to prevent further damage, and we will respond more strongly without any leniency or agreement in this process.

We will continue to collect, supplement, and monitor evidence of malicious posts, and if we find any criminal acts that defame or infringe on the personal rights of our artists, we will spare no effort to track perpetrators down, regardless of the time it may take.

EDAM Entertainment will listen to every small opinion of fans and try to make sure that all the days we spend together are filled with laughter and finally countless happinesses. Thank you.