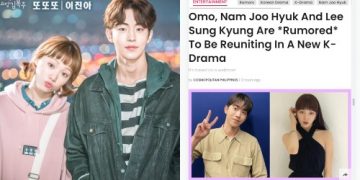 Right after the director of the upcoming movie ‘Vigilante’ is said to have sent out invitations to Nam Joo Hyuk and Lee Sung Kyung, rumors have spread!

Last month, Management Soop announced, “Nam Joo Hyuk is positively reviewing the drama ‘Vigilante’ as his next work.” ‘Vigilante’ is a drama based on a Naver webtoon of the same name drawn by Kim Gyu Sam. It is about Ji Yong, a victim who lost her mother to a neighbourhood gangster, who receives a light sentence compared to the crime and judges those who continue to commit crimes.

Days after the announcement of Joo Hyuk’s possible project, it was rumored that Sung Kyung is also offered a role in Vigilante as Choi Mi Ryeo, the reporter who discovered Ji Yong’s ~weekend plans.~ The drama’s producer report invited her to be a part of the drama. Omo! 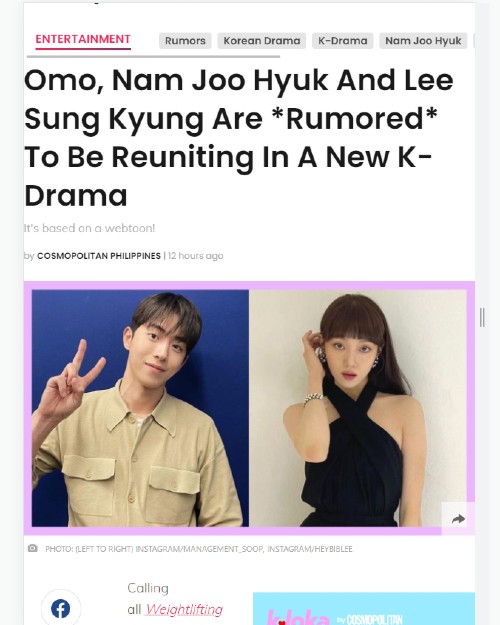 For those who are new in the Hallyu world, Joo Hyuk and Sung Kyung led the coming-of-age series Weightlifting Fairy Kim Bok Joo in 2016. They soon developed feelings for each other and started dating the following year. The two called it quits after a few months but in 2021, they were caught in dating rumors again. Eagle-eyed fans have noticed some hints, like their photos that are still on their Instagram accounts.

Joo Hyuk recently starred in the drama Twenty Five, Twenty One while Sung Kyung is back on the small screen with her latest project, Shooting Stars.