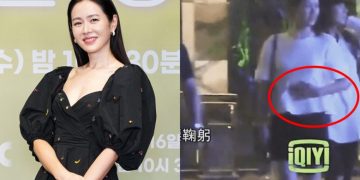 Son Ye Jin is said to look like a pregnant woman in this video.
On the upcoming March 31, Hyun Bin and Son Ye Jin will officially tie the knot in a private wedding ceremony. After the two announced their marriage, there were rumors about Son Ye Jin’s pregnancy circulating online, but one of their acquaintances has denied it.

However, recently, on SNS, a short video was spread, once again raising the suspicion that Son Ye Jin is pregnant. In the video, Son Ye Jin is seen rubbing her belly like a pregnant woman. It also looks like her baby bump was slightly showing.

Is that a small baby bump?
However, netizens have quickly discovered the truth behind this video. It was taken back in 2018 during the time Son Ye Jin appeared in “Something In The Rain”, not recently. She was rubbing her belly probably because she just had a full meal. And it was only her shirt that tricked the eyes and made her tummy look unusually bigger. Therefore, this is not evidence of Son Ye Jin’s pregnancy ahead of her wedding. 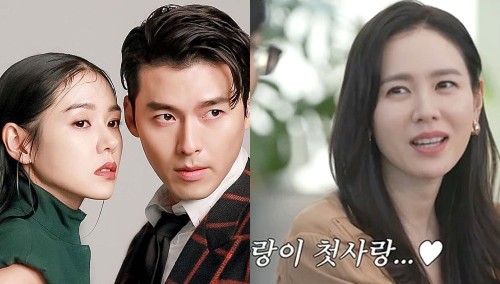 Hyun Bin and Son Ye Jin will get married on March 31. An insider source confirmed that the actress is not pregnant at the moment.